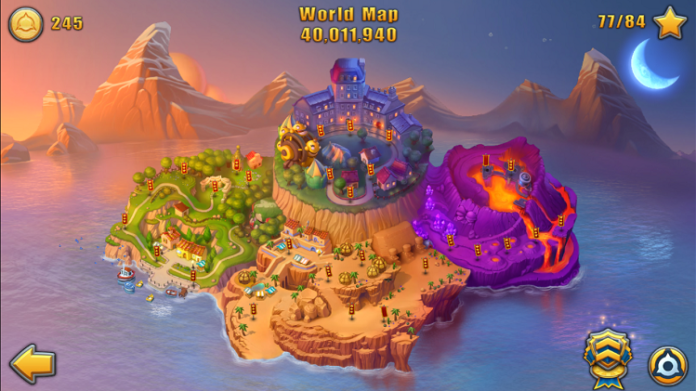 The original Field Runners was a runaway (pun intended) hit when it came out years ago. There’s a good chance you have it downloaded somewhere on your old iPhone. We all remember the joy we got from stopping those little red soldiers from reaching their destination. Field Runners stood out from any other tower defense games because it didn’t utilize the pre-path system. It was your job to use towers in such a way that they would form a maze. It added a new twist to tower defense that offered a different type of gameplay. So how did things stack up with this long-awaited sequel? Let’s take a look at whether or not Field Runners 2 is worth its 3-dollar price tag.

The Basic Idea – as mentioned before, if you have played Field Runners, then you’ll understand the way things work. Soldiers start from a set destination and will continue along their path unless obstructed. It’s your job to drop weapons that act as barriers in addition to raw firepower. Part of the fun is figuring out the most efficient way to utilize the various towers. In the early stages, you can overpower the enemy and lay waste to thousands of them at the same time. As the game progresses however, things get more difficult and strategy becomes a factor.

Weapon s and Upgrades – there’s a nice array of weapons that you can use along the way, and all of them are fun in their own way. You don’t get every weapon from the beginning, and it will take a bit of work to collect them all. As you complete each level on various difficulty settings, you are rewarded with stars. It takes a certain amount of stars to unlock specific weapons, and the progression rate is reasonable. You also earn cash as you blow up your enemies and complete stages. This cash can be used by some of the best weapons in the game, or one-time tools that will help you to complete stages.

Nothing Comes Easy – there’s no doubt that this game is extremely challenging. You can probably breeze through the first eight stages without any problem. But as you progress, it won’t be as easy as trying to lay out the most powerful weapons at the same time. You have to think clearly about the paths you set out, and plan strategically for different enemy types. If your mission is to collect all the stars and weapons, and finish every stage, then you could be playing for months. There’s a lot of content here, and getting the rewards of later stages isn’t easy at all. In fact, you might find yourself searching on YouTube for the solution to some stages.

A Bright Future – you get a lot of content and gameplay, and that totally justifies the price of Field Runners 2. It will no doubt satisfy fans of the tower defense genre. The makers also promised future content and updates, and maybe a few tweaks on the difficulty level. If they can actually pull that off, Field Runners 2 will become an even more enjoyable game, and an absolute no-brainer for anyone looking for a great strategy game.

Overall Assessment – if you liked the first game, and tower defense in general, Field Runners 2 stands above many other options right now. You’ll also appreciate the fact there is no further downloadable content which means you get everything with the initial download. You don’t have to deal with trying to score packs of stars or cash by making further in purchases, and that’s a refreshing change from the way many apps handle things today. With the promise of fun updates, and great graphics and smooth gameplay right now, this is a game you’ll be playing for a long time to come.

Apps and games are just aspect of home entertainment these days. For more tech and gadget info you can check out www.karaokemachineguide.com here. It’s a site that reviews a wide array of equipment that makes your leisure time a lot more fun, especially if you love music and singing.

John Pasley - January 30, 2023 0
If you are an IT professional, you have probably come across the Information Technology Infrastructure Library or ITIL. You know exactly what it entails also. ITIL...

John Pasley - January 2, 2023 0
Yes, it’s dangerous to use your cell phone while driving, and it’s often illegal. But that doesn’t mean you shouldn’t have a few essential driving...

John Pasley - October 17, 2012 0
Almost everyone has set bill and spending budgets, and most people do a great job of staying within those boundaries. Unfortunately, many budget-followers rely...
© 2022 - Divyashakthysofttech.com . All Rights Reserved.